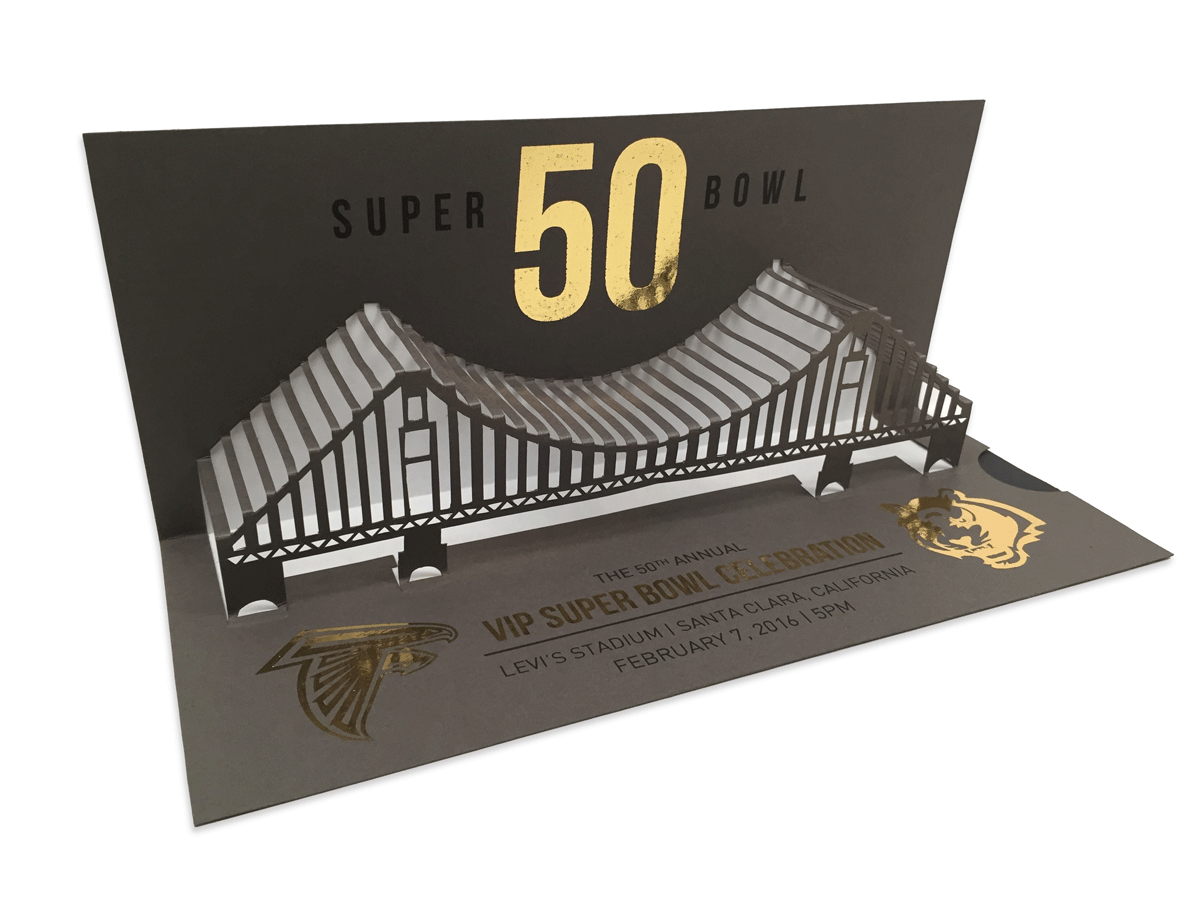 In the 2015-2016 season, the National Football League celebrated their 50 year anniversary of the Super Bowl. Throughout the season, the NFL commemorated the 'golden' anniversary by displaying gold on logos, uniforms, and yard markers along with many other things.

Super Bowl games typically attract a large number of very important people. The NFL needed an invitation to invite these people to a VIP Super Bowl celebration. By accentuating the golden theme of the 50th anniversary and creating a unique experience, the National Football League could use this invitation to accomplish this task. 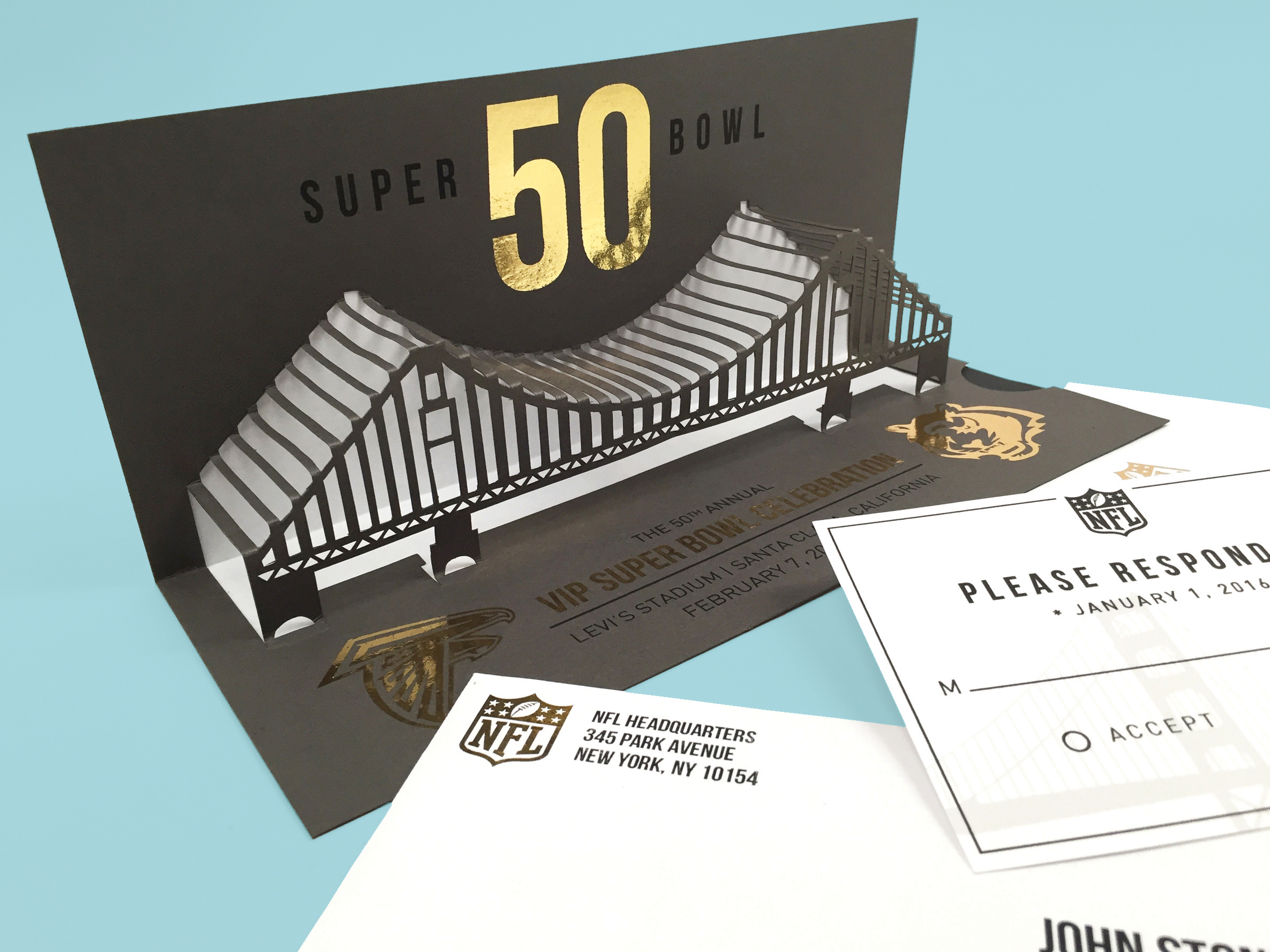 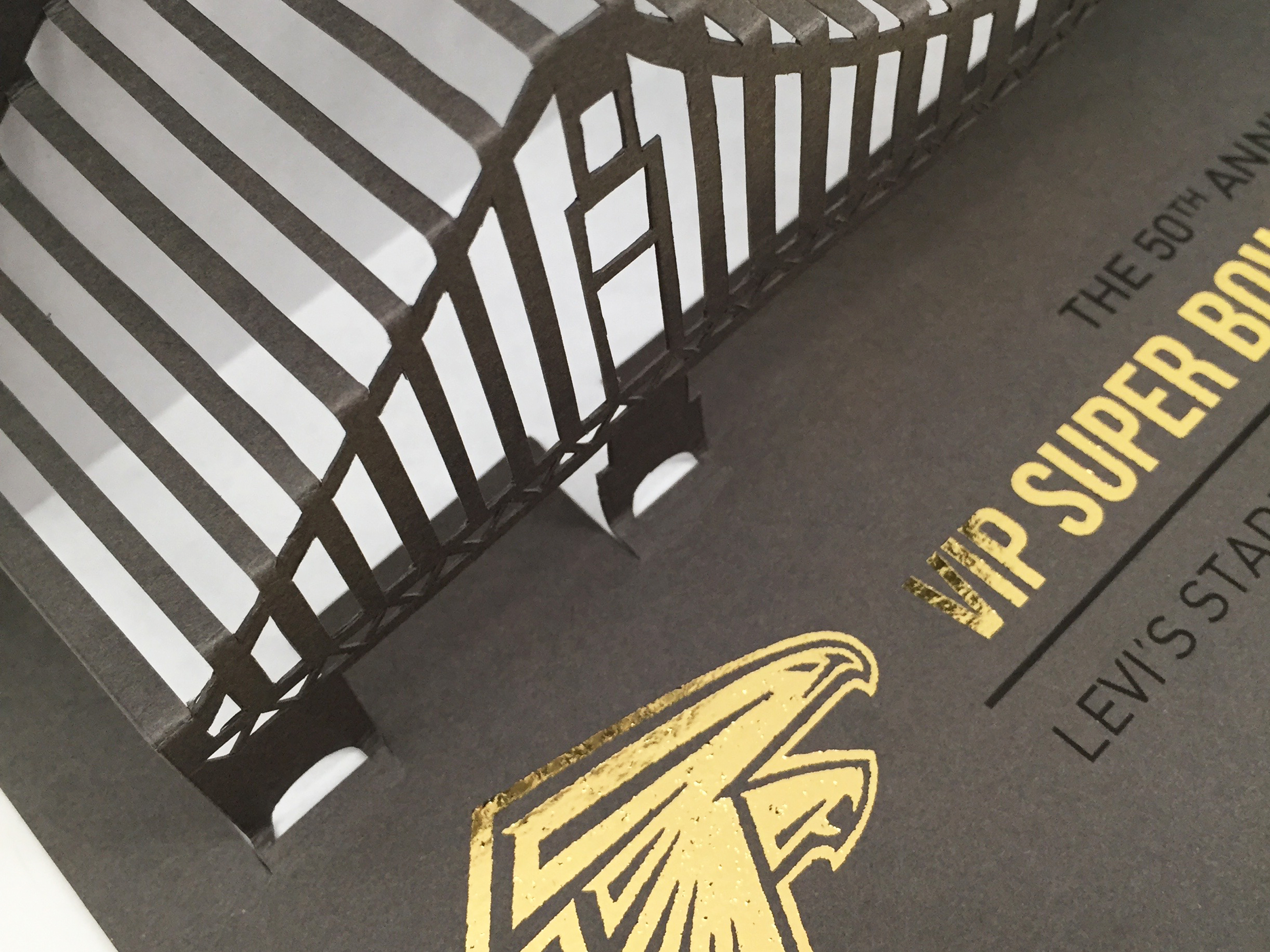 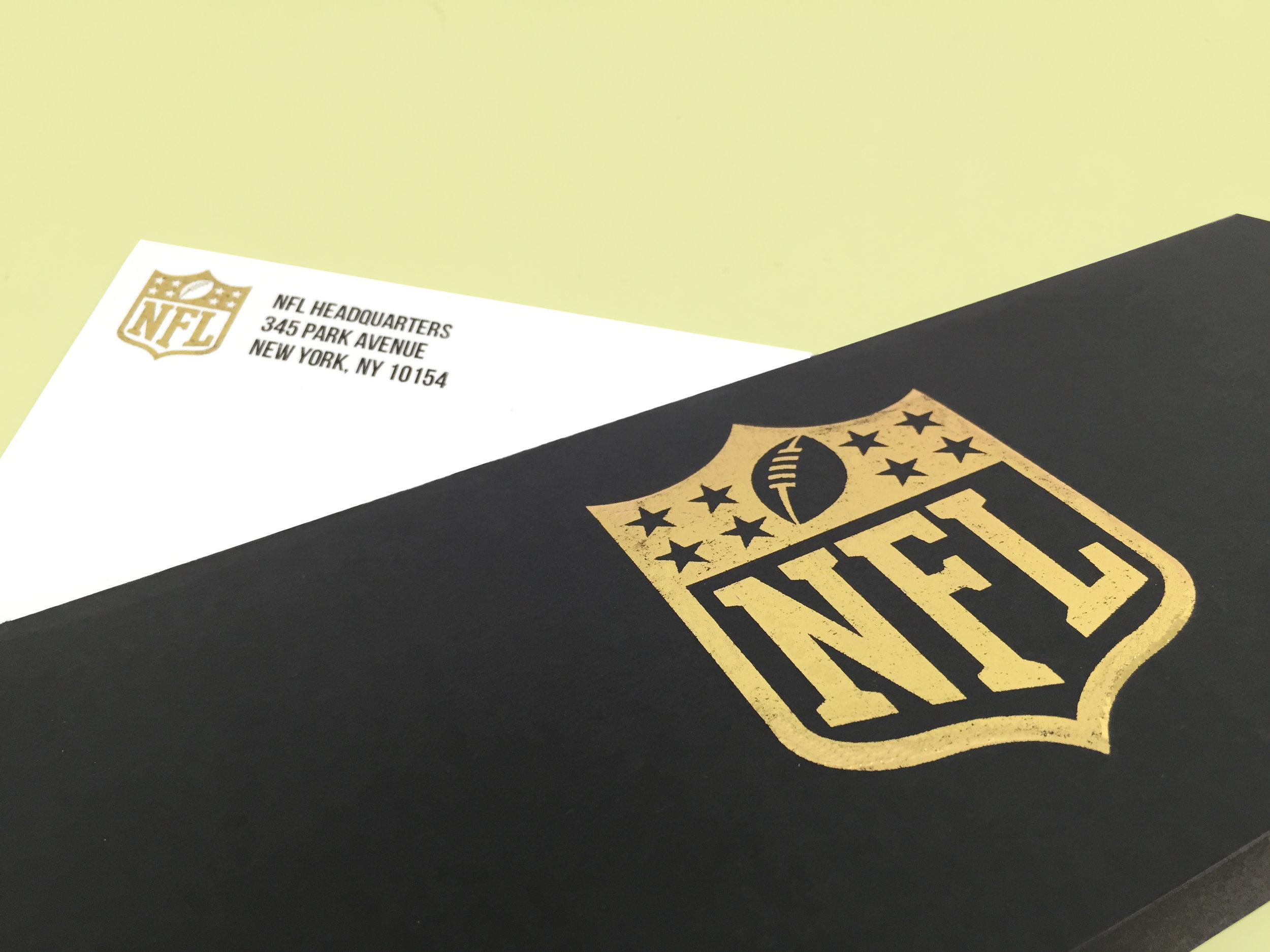 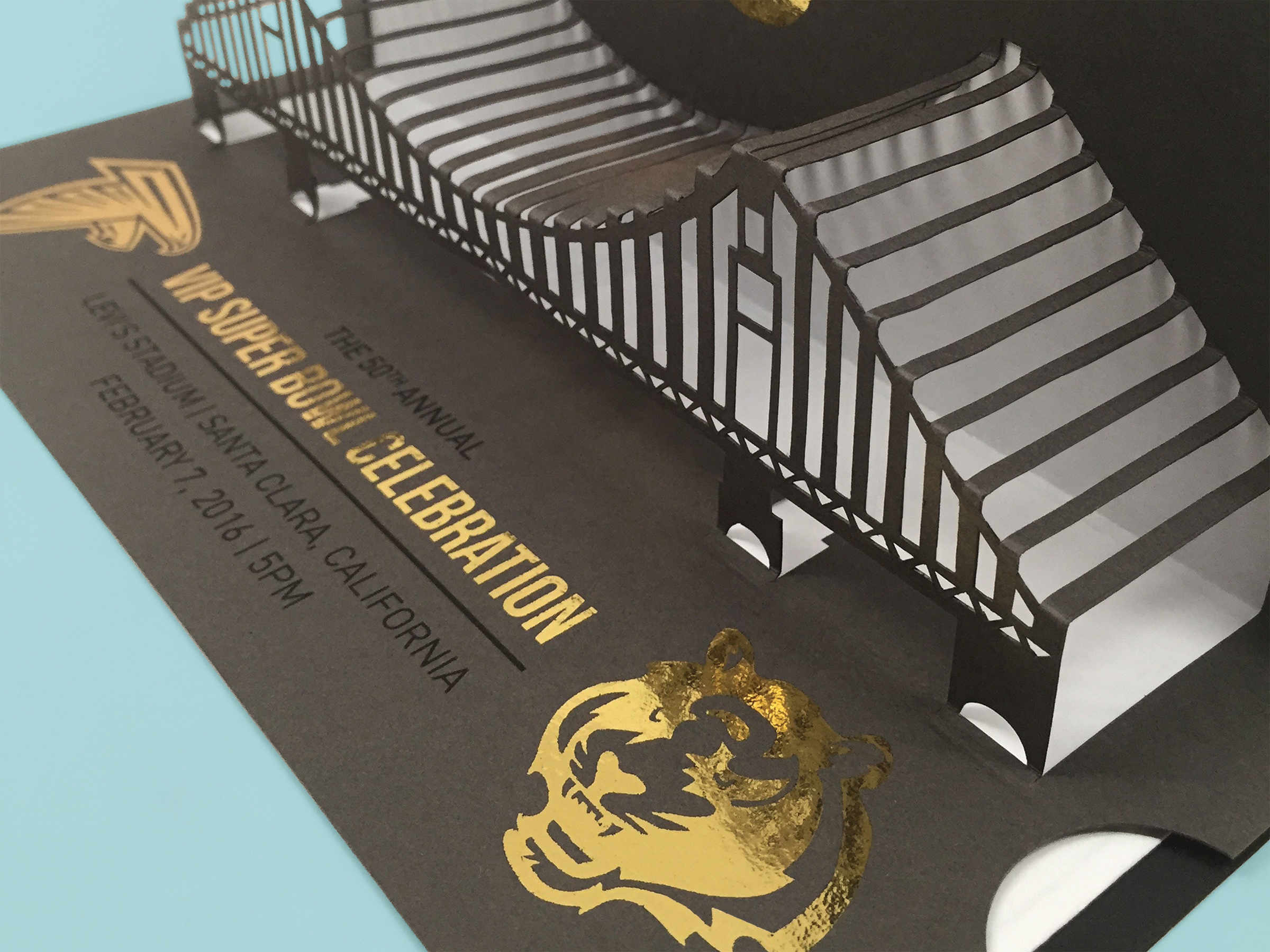